The most fundamental premise for the disclosures required in connection with closed-end loans subject to Federal Regulation Z is that such disclosures must “reflect the terms of the legal obligation between the parties” (12 C.F.R. § 1026.17[c][1]). The “legal obligation normally is presumed to be contained in the note or contract that evidences the agreement between the consumer and the creditor” (12 C.F.R. Pt. 1026, Supp. I, Paragraph 17[c][1] – 2).

Under TRID, the disclosures given in the Loan Estimate (LE) and Closing Disclosure (CD) must “reflect the terms of the legal obligation between the parties” and if any disclosures are “not applicable to a particular transaction”, then such disclosures “may be left blank, unless otherwise provided” for (see Ibid. Paragraphs 37 – 1 & 38 – 1).

One of these disclosures is “a statement detailing any charge that may be imposed for a late payment, stated as a dollar amount or percentage charge of the late payment amounts, and the number of days that a payment must be late to trigger the late payment fee” (Supra § 1026.37[m][4]; see also Supra § 1026.38[l][3]). Such charges are defined as ones which are “added to an individual delinquent installment by a creditor that otherwise considers the transaction ongoing on its original terms” (Ibid. Paragraph 37[m][4] – 1).

A deferred payment loan may or may not have a late charge, depending upon the terms of the promissory note. Some never require the borrower to make any periodic mortgage payments (aka “installments”) during the life of the loan and either forgive the amount owed (if certain conditions are met) or require a final balloon payment. For such loans, no late charge can be assessed which meets the definition of a late charge.

Blank Lines in “Late Payment” Area of LE and CD

After reviewing for the term “late charge” in the promissory notes used for deferred payment programs in our system, we will be setting “Late Charge on Loan” (FI 81931) to “No” for programs in which the note does not reference a late charge. Doing so will then cause the “Late Charge Percentage” (FI 1024) to be set to 0% via an existing global standard value field mapping.  The late charge disclosure areas of the LE and CD will print blank lines in lieu of a percentage of the late charge, the number of delinquent days, and the parts of the installment which the late charge will be assessed on (i.e., the format will match that of 12 C.F.R. Pt. 1026, App. H, Forms H-24[A] & H-25[A]).

Similar rules as those above also apply to TRID-exempt loans, in which a Truth-In-Lending Disclosure Statement (TIL) is provided (see 12 C.F.R. § 1026.18[l]). Unlike TRID, inapplicable disclosures may be entirely removed from the TIL (see 12 C.F.R. Pt. 1026, Supp. I, Paragraph 18 – 1.i); however, the entire removal is optional.  While the “Late Payment” area of text, including blank lines for the number of days and amount of charge, is required to remain on the LE and CD, the following standard TILs have been modified to not print the “Late Charge” section at all when “Late Charge on Loan” is set to “No” and the “Late Charge Percentage” is 0%:

The setting “Late Charge on Loan” will be set to “No” for the following programs: 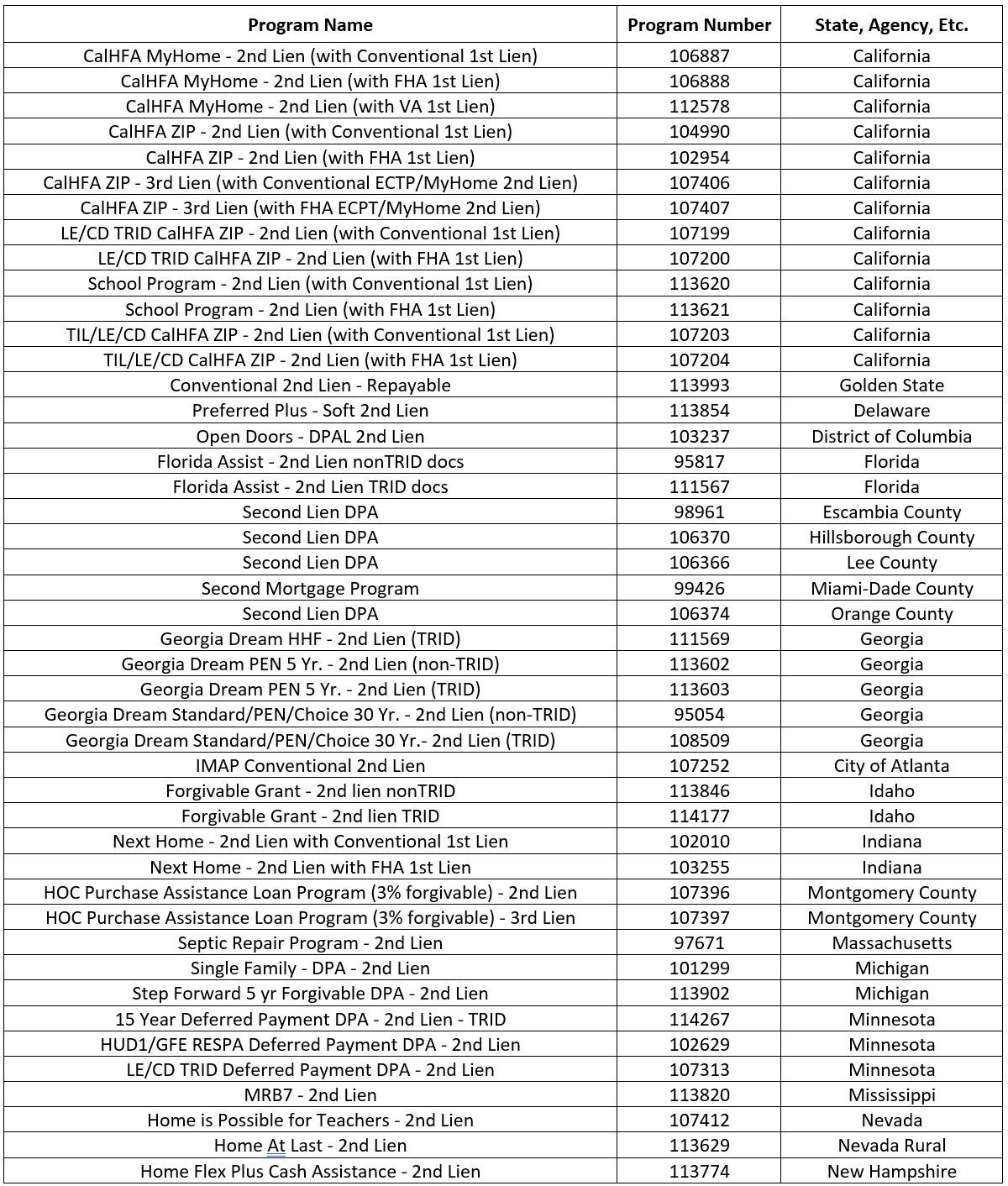 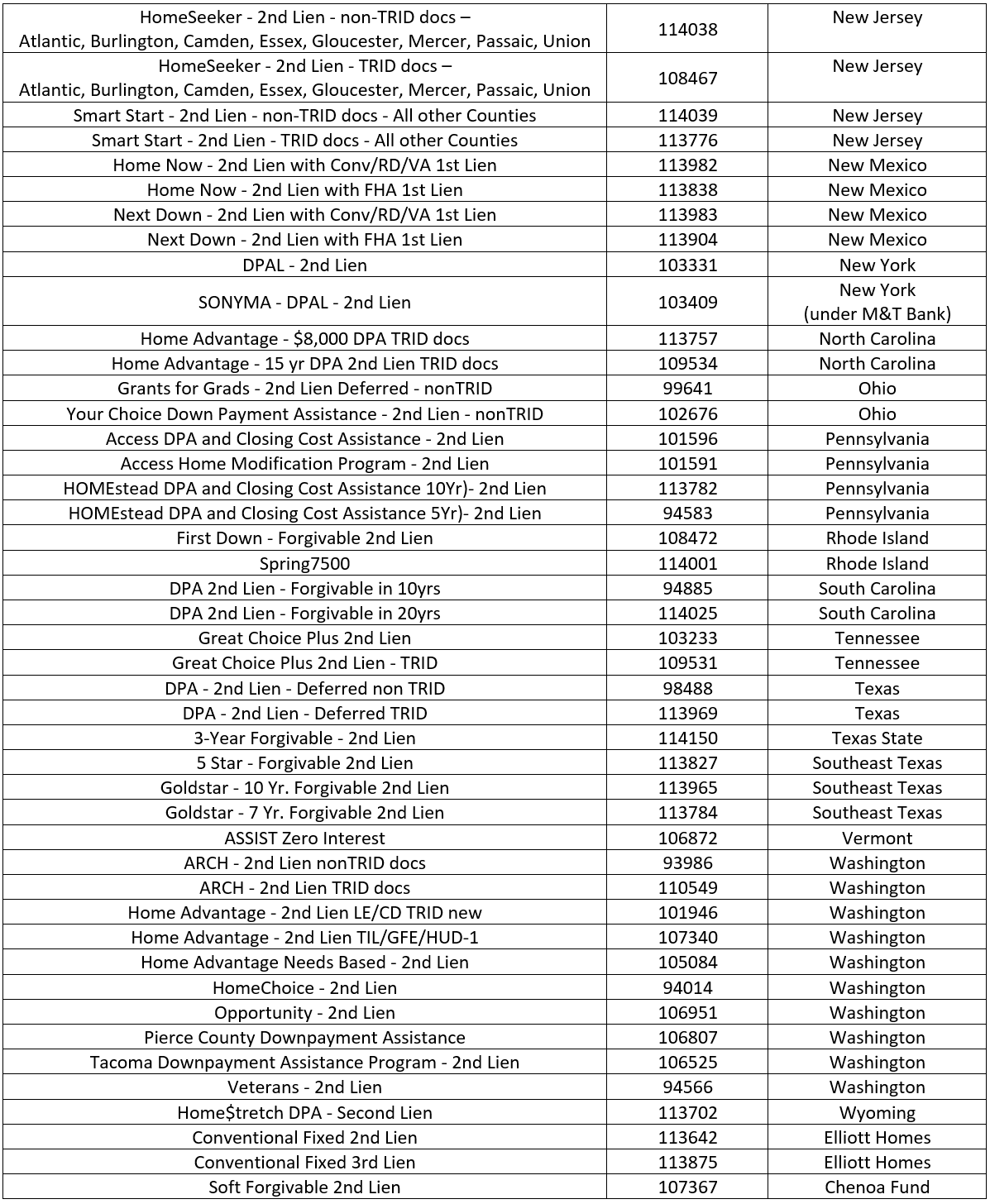 The following existing global data integrity Warning will no longer display if “Late Charge on Loan” is set to “No”:

“There is not a late fee days or percent value specified.”

These document, program, and data integrity check changes are now available on ConformX Stage for testing and will take effect on ConformX Production July 2, 2020. Questions or concerns about these changes should be directed to Client Support at 1.800.497.3584.

Subscribe to news, compliance and solution updates from Docutech